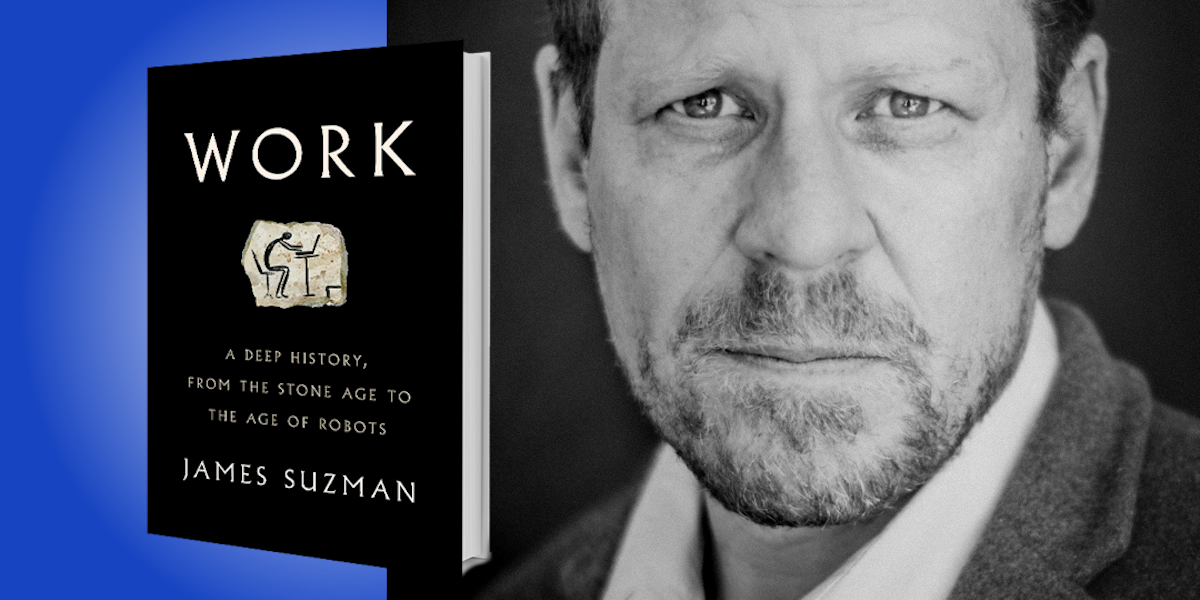 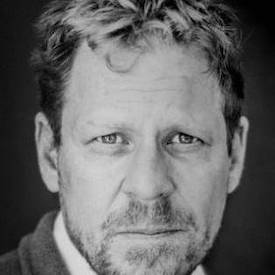 James Suzman, Ph.D., is a social anthropologist based in Cambridge, England, where he directs a think tank called Anthropos that uses anthropological tools to solve economic problems. His first book, Affluence Without Abundance: The Disappearing World of the Bushmen, draws on the three decades he’s spent living with the Ju/’hoansi, one of the oldest hunter-gatherer societies in the world.

Below, James shares 5 key insights from his new book, Work: A Deep History, from the Stone Age to the Age of Robots (available now on Amazon). Download the Next Big Idea App to enjoy more audio “Book Bites,” plus Ideas of the Day, ad-free podcast episodes, and more.

Next Big Idea Club · Work: A Deep History, from the Stone Age to the Age of Robots

1. We work a lot harder than our hunter-gatherer ancestors.

A century ago, the economist John Maynard Keynes predicted that by 2030, our workweek would be only 15 hours long. What happened? We’ve crossed all the technological thresholds Keynes identified, so why aren’t we living in the economic promised land? Well, if Keynes were here today, he’d probably blame our unshakeable instinct to work. He believed that human beings are cursed, that we have infinite desires, but there aren’t enough resources to satisfy them. As a result, everything is, by definition, scarce. Today, economists refer to this paradox as the “fundamental economic problem,” and they believe it explains our constant will to work. We make and trade resources as a way to bridge the gap between our infinite desires and our limited means.

That may sound like a reasonable theory, but there’s a problem: It doesn’t square with what we now understand about our hunter-gatherer ancestors. Until the 1960s, anthropologists believed hunter-gatherers led short, difficult lives. Only through incremental advancements in technology, the thinking went, were our ancestors able to secure greater wealth, tranquility, and free time. But when anthropologists began studying the world’s remaining hunter-gatherer societies, they came to a striking conclusion: Hunter-gatherer life wasn’t nearly as bad as everybody thought. One anthropologist, for instance, found a tribe that only spent 30 hours a week hunting and doing chores. The rest of the time, they made music, socialized, gossiped, and relaxed. They didn’t spend all their time working to satisfy their infinite desires. In fact, their desires weren’t infinite at all; they were limited, and easy to satisfy. This revelation suggests that the “fundamental economic problem” is not, as Keynes believed, the eternal struggle of the human race. It’s just an unfortunate recent development.

2. All living organisms are born to work.

Every living organism works—it seeks out and captures energy so it can grow, reproduce, and capture even more energy. But if if all organisms are fundamentally alike in this way, then what’s the difference between a person and a zebra?

First, humans can acquire and master a seemingly infinite array of skills, while other species can only exploit specific environments in limited ways. Humans are versatile—we can learn skills, develop tools, and deploy different tactics to secure our energy needs. Second, we’re purposeful about the work we do. Imagine a builder constructing the wall of a new house. He’s not mixing cement and laying bricks just for the sake of it—he’s likely motivated by a whole host of ambitions. Maybe he wants to become a master builder. Maybe working with his hands gives him pleasure. Maybe he’s trying to save enough money to finance his childhood dream. The possible motivations are endless, and they all play out simultaneously.

3. We’re all farmers at heart.

The idea that hard work is a virtue and idleness a vice, along with many other norms that underwrite the modern economy, can be traced back to the agricultural revolution some 10,000 years ago. The practical demands of making a living from the soil upended the existing equation between effort and reward. Hunter-gatherers had relished immediate rewards—slaughter an animal, chow down right away. Farmers, on the other hand, developed “delayed return economies.” They invested their labor in the land for the promise of a reward in the future. This, of course, is the basis of our economy today.

“We now produce such staggering quantities of food that as much ends up in landfills as in our bellies.”

We also have the transition to agriculture to thank for our fetishization of scarcity. Farmers knew they lived one drought, flood, wildfire, or blight away from catastrophe, so they adopted a range of strategies to manage scarcity. Most entailed working harder. By expending the effort to create adequate surpluses, they could protect themselves from nature’s arbitrary devastations. This meant that in contrast to hunter-gatherers, who took it easy during the most productive seasons, farmers had to make hay while the sun shone.

Even in the most sophisticated agricultural civilizations, like ancient Rome, four out of five people still lived in the countryside and worked the land. But the urbanites who managed to unshackle themselves from the challenges of food production were able to pioneer new ways of living and working. They invented a wide range of professions, setting up shop as lawyers and scribes, secretaries and accountants, poets and prostitutes. And these weren’t just careers—they were social identities. Outside the city walls, people found community by dint of geography; within the city walls, however, they found it at work. To become a chef or bricklayer was to join a community built on shared experience. And as urban societies grew, professional identities became tightly entwined with social status, political affiliation, and religious belief.

5. Changes to work today are as profound as the agricultural revolution.

Our economic norms and institutions, not to mention our work ethic, evolved in an age when scarcity was real and visceral, an age when people made a living from the land because food was their principal source of energy. But things have changed. Our productivity has surged, courtesy of improvements in technology and our routine exploitation of fossil fuels. We now produce such staggering quantities of food that as much ends up in landfills as in our bellies. Those of us living in industrialized economies enjoy such material prosperity that vast industries exist to persuade us to buy things we never knew we needed.

But is it doing us any good? Many now question whether their work contributes anything useful to society. What’s more, our productivity-at-all-costs mindset comes with ominous environmental consequences. If we can’t find solutions to those problems, we risk destroying the very prosperity that brought them on in the first place.

Humans are a supremely adaptable species, but we’re also deeply bound to our customs and institutions. That’s why it’s useful to consider the implications of the fact that for the first 290,000 years of our 300,000-year history, we didn’t work nearly as hard as we do now. Acknowledging this doesn’t provide any pre-made answers to how we should organize our economies in our ever-more-productive future. Still, it reminds us of the folly of clinging to ideas about the necessity of work forged at the anvil of scarcity when we live in an era of unprecedented abundance. 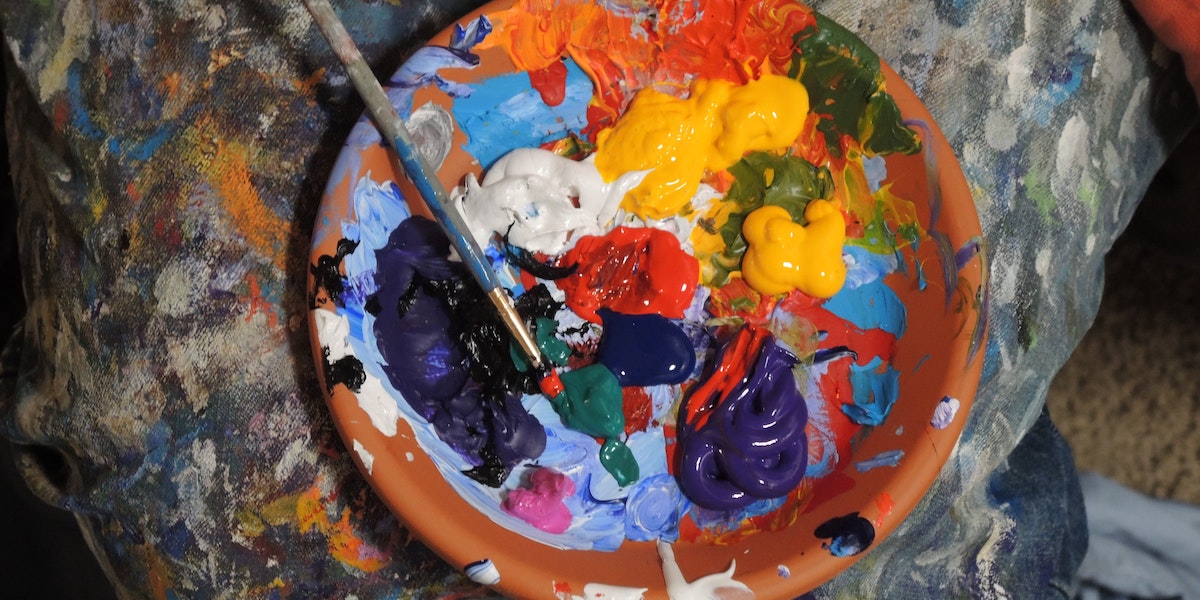